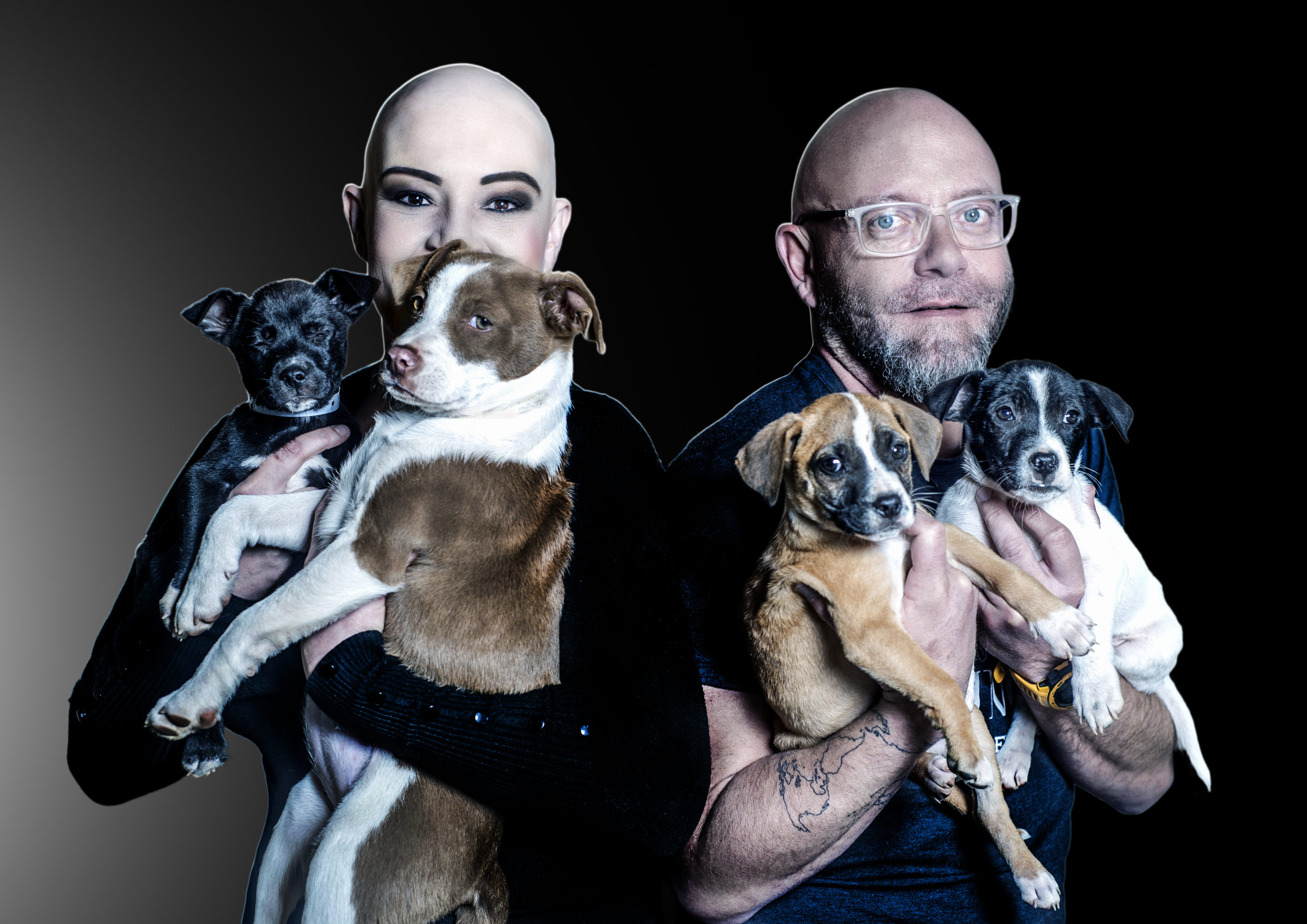 Rescue animals – the tail end of their story

"A pet cannot replace something else but is in itself irreplaceable."

The above concept is on which this awareness campaign is based and of course the purpose is to encourage the general population of our country to adopt a dog or cat. This will bring relief to the overcrowding of cages or camps that can be seen in animal shelters across South Africa. Why this campaign? According to nationaltoday.com and several other websites, the 1st of August is recognised as 'Universal Birthday for Shelter Dogs'. However, here we do not only focus on dogs, but on the cats (and here and there farm animals) that live in shelters.

The most recent numbers show that there are around 1 000 dogs and cats at Wollies Animal Project. According to Veronica van Greunen, shelter manager of Wetnose Animal Rescue, there are currently 283 dogs, 45 cats, 45 horses, six goats, three pigs, four donkeys and a sheep that call this shelter their home. Not to mention Woodrock Animal Shelter, which houses 265 animals and Dogtown, which houses 120 dogs and 10 cats. These are just a few of the shelters within the Pretoria area. The SPCA in Waltloo and Centurion alone, currently house 170 and 180 animals, respectively, according to Dewald Wahlstrand, general manager at the Waltloo branch.

The campaign was launched by Sonet Stofberg, project manager of GROOTfm 90.5, and Die GROOT Ontbyt presenter, Johrne van Huyssteen, both of whom are big animal lovers themselves. Using ‘Jislaaik-Ja!’ photography, led by Christine Oelofse, they decided to visit Wollies Animal Project in Hestia Park, Pretoria, to take some photos for the campaign.

In 2008 Sonet was diagnosed with an autoimmune syndrome that causes Alopecia Areata as a secondary symptom. She decided to change 'hairless' into 'fearless' and hopes that this campaign will raise renewed awareness about the everyday challenges that animal shelters are faced with. Also, to reveal some of the misperceptions concerning the adoption of rescue animals.

Johrné actually has a beautiful blonde hairstyle, but tried a home haircut during a December holiday in 2001. This experiment turned into a 4 cm gap! He was faced with no other choice but to try and rectify this flaw in his hair with a clipper on number 1 scale. Due to his curious and daring nature, he immediately decided to take it further and shave his head with a razor blade. 20 years later, he still shaves his head! Little did he know that this haircut-mishap in 2001 would become a big part of his identity!

The illustration of the concept of how a pet is irreplaceable was carried out by putting a puppy or a kitten on top of their heads, where there would normally be hair. The idea was to show that yes, a dog or cat can’t replace your hair, but they are in themselves, irreplaceable. Think of your pets and everyone you have ever had to bid farewell to in your lifetime; Sonet can testify to this. There is, and will always be, only one Venus, Baby, Flexi, Tinka, Suzi, Tammy, Nikita, Taffy, Maggie, Olof and Katryn. Her furry children are Fiela (from Wollies Animal Project) and Moremi (a birthday gift).

Johrné confirms this with the memories of his animal children. Johrné's first dog was as a first-year student. Shadé was a whippet, who jogged with him and then accompanied him to the movies in his backpack. He also remembers the legendary poodle, Hagar, and today his animal children are the Great Dane, Mnandi, and the multi-cross, Stoffel. (He mentions that DNA from Ice Age's Syd may also be part of Stoffel's composition.) He received Mnandi as a housewarming gift and Stoffel was adopted from the SPCA.

VAccording to Cilla Texler, founder of the Wollies Animal Project, there are many benefits to adopting animals. It is more than a pleasant feeling and knowing that an animal has been “rescued”. Cilla says that the biggest advantage is that most of the organisations' adoption fee is very affordable and includes procedures such as sterilisation (spay or castration), deworming, vaccination, and microchipping. Doing the procedures separately and privately is significantly more expensive. Cilla also says that she believes adopted animals realise that they are getting a second chance, which in turn brings out the best in them.

Some misperceptions surrounding adopted animals, according to Cilla, include the shoddy definition of the word ‘rescue’. "For most people, that means animals that have been ‘thrown away’. And so many people still believe that these are the ugliest animals with behavioural problems, both of which are untrue. Their owners let them down and not the other way around”, says Cilla. “Or people think that they are sick animals, which is a massive misperception. The shelters must meet certain requirements that includes ensuring that the animals are adequately examined by veterinarians at all times and that they receive the necessary medical assistance.”

According to Cilla, one of the biggest challenges facing an animal shelter is the overwhelming number of animals that people bring to the shelters daily. Most animals currently living at Wollies Animal Project are there due to reasons that include:

Let us be encouraged with renewed vigour to adopt a dog or cat and return the favour of unconditional love. Let us 'rescue' a 'rescue’ and make these miracle animals part of our lives which will be filled with so much unconditional love – no stipulations, only a few (fur)requirements. When we are confronted with this choice whether to adopt or not, let’s not shop, but rather adopt. Time to ‘be bold’!

*Take a picture of your recued fur-child, and use the hashtag, #BeBold.

Let’s mobilise a nation to do the same!